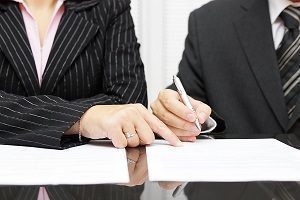 Due to the unfortunate policies of mass incarceration that have filled the prisons with life, life-without-parole, and other excessive sentences, the Courts have developed a complicated set of rules to allow persons who have already been convicted of a crime to have their convictions reviewed. These rules are often difficult to apply and unclear in their purpose. Yet when used in the correct way they can win the freedom of persons who have sometimes spent decades behind bars away from their loved ones and subject to the harsh conditions of prison life.

Your Case Isn’t Over

If you have been convicted, your case is NOT OVER. You have the right to appeal the decision in your case or attempt to get your record expunged. With the help of a post-conviction attorney, you can seek the justice you were previously denied.

If any of these scenarios truly apply to you and your case, your may have the foundation for an appeal that can help commute or even eliminate your sentence. An experienced post-conviction attorney can investigate the factors involved in your original case work, and help you determine if you were denied due process.

We are experienced in handling all of the following:

In any case, there may be a number of potential grounds for an appeal, including legal errors on the part of any number of players that could occur at any stage of your case. A legal error may include the failure to suppress illegally obtained evidence, the lack of evidence to support a verdict, a mistake in proper jury instruction, misconduct of jury, or even an error by your original defense team.

Some of the tools that are available to remedy wrongful convictions are Post-Conviction proceedings (for people who are incarcerated but wish to challenge their conviction), Coram Nobis proceedings (for people who are no longer serving a sentence), Motions to Correct Illegal Sentences (when a sentence is illegal), Writs of Actual Innocence (for newly discovered evidence showing that the defendant is in fact innocent) and Writs of Habeas Corpus (an ancient writ that serves many purposes, including obtaining the release of the defendant). This isn’t an exhaustive list, but just them most frequently invoked.

As an experienced criminal attorney, Mr. Wright has visited many prisons and knows full well that many prisoners experienced errors in their trials – sometimes very significant errors. For example, research revealed that one of his post-conviction clients had been convicted of a crime that he wasn’t even charged with. Another was convicted of a crime that he had been acquitted of earlier. Still another had an attorney who didn’t ask a single question during the trial. This can happen when trial counsel is not effective and fighting for their client.

Post-conviction proceedings can be the last chance for an incarcerated individual to win their freedom and find justice. Contact the skilled team at the Law Office of Daniel Wright today to get justice now.